Garnishes, sauces, and seasonings can add a pop of color and flavor to any dish, but did you know that there are 6 common herbs and spices that are key to better health? Don’t miss out on the hidden health benefits of cinnamon, turmeric, parsley, and more! 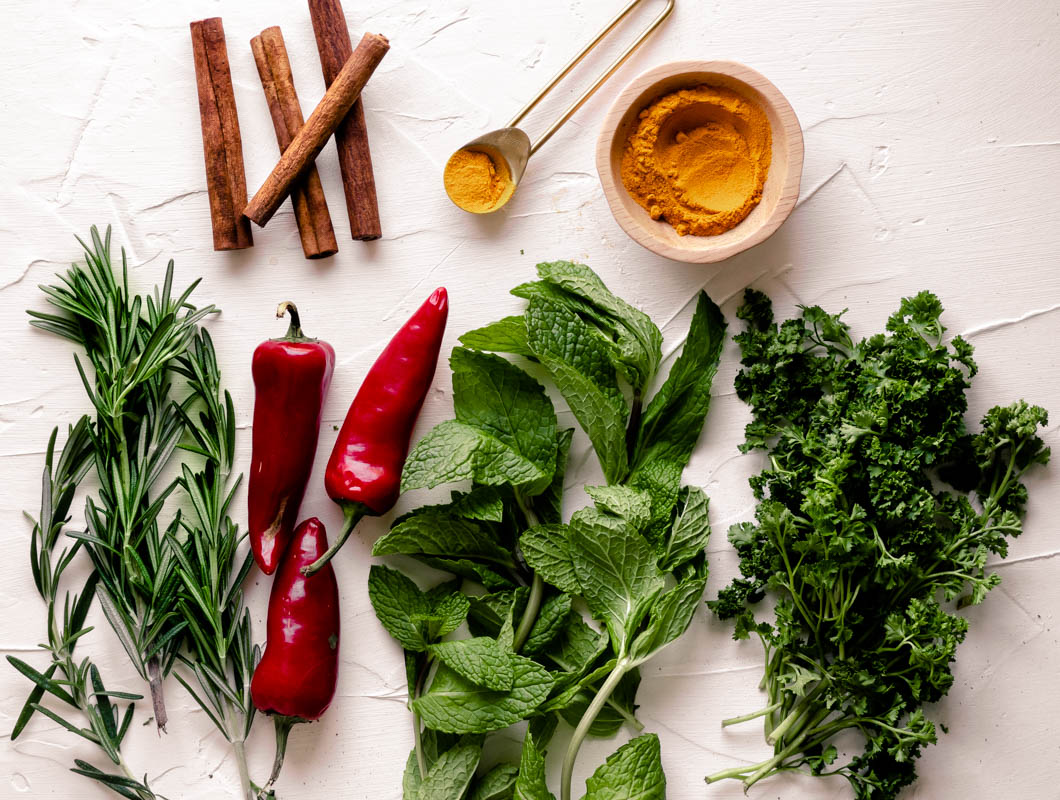 Herbs and spices have been known throughout history to have powerful medicinal properties due to their naturally high concentration of vitamins, minerals, and phytochemicals. So how do we reap the benefits that these plants (and roots) have to offer? The key is variety!

When cooking with herbs and spices, mix it up with new combinations. Add a handful of chopped parsley to salad greens or make a minty chocolate protein smoothie with real mint! Dry herbs are perfect for rubs and seasonings and can be used on everything from meats to crusty bread.

Herbs and spices are the key to better health!

Wondering which herbs and spices are the best to use? Technically, they are all winners when it comes to health, but here are six common herbs and spices that have some seriously uncommon health benefits. 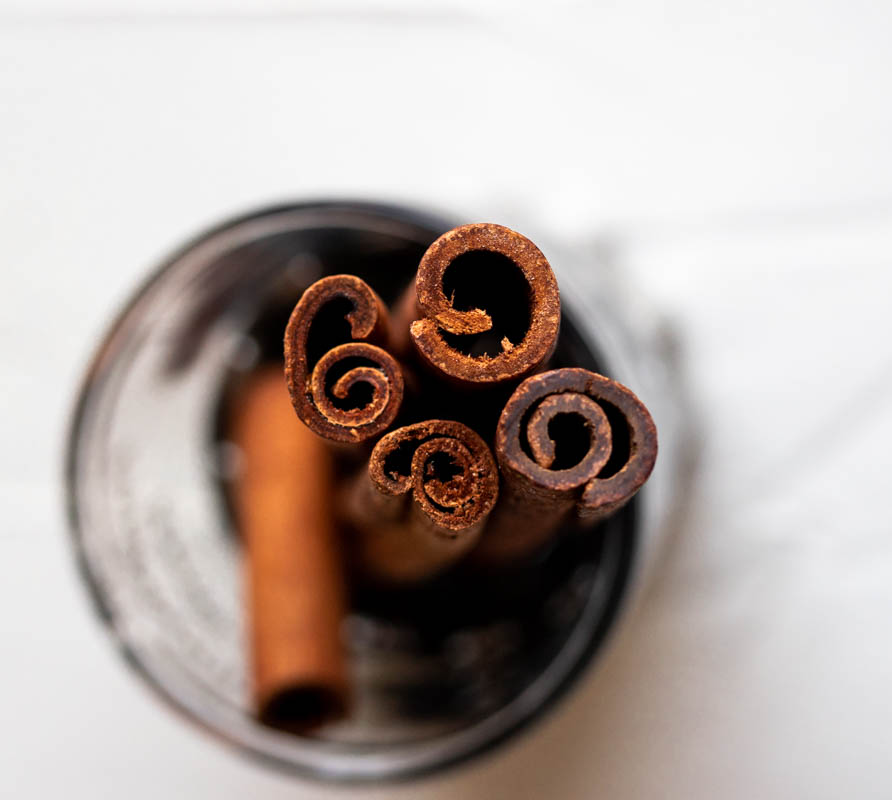 Harvested from the inner bark of the Cinnamomum zeylanicum tree, sweet cinnamon is an anti-inflammatory and antibacterial spice that can alleviate heartburn and even help combat bloating.

Cinnamon contains the compound Cinnamaldehyde, which is an anticoagulant. Some studies suggest that this compound can protect against strokes as well as relieving symptoms of arthritis due to its anti-inflammatory properties. 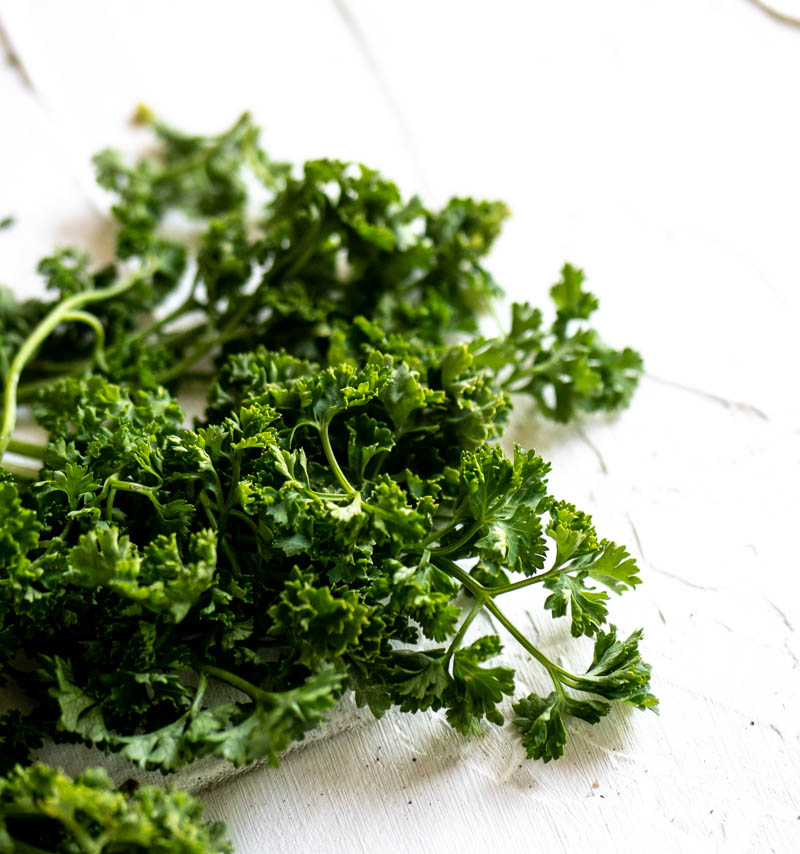 Parsley is probably the hardest working garnish on your dinner plate!

Both flat and curly-leaf parsley possess a similar nutrient profile. Both variations are great sources of vitamin C, iron, and the compound apiol–a traditional oil used for relieving fluid retention and, get excited, menstrual cramps!

Parlsey is also a pretty powerful antioxidant which may play a part in reduced cancer risk. 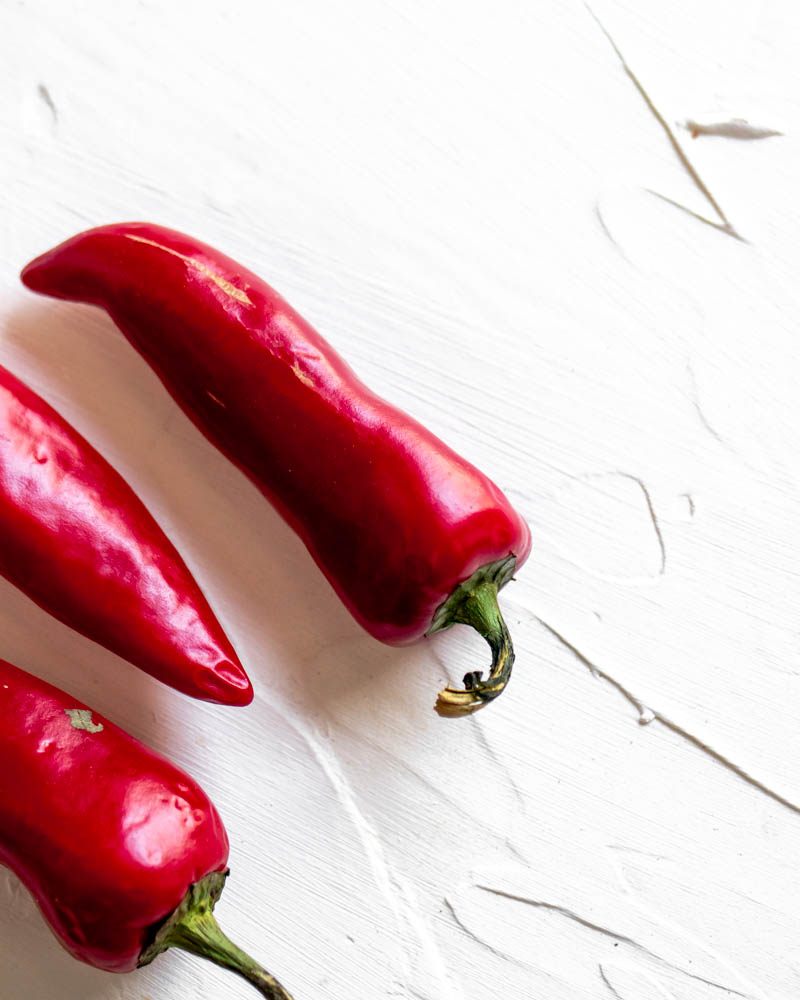 Chiles get their signature spice from the phytochemical capsaicin, which is being studied for its ability to increase energy expenditure (aka metabolic rate) and improved appetite control.

Cooking with fresh or dried chilis can add major nutrients like vitamin C, lutein, and beta-carotene for a healthy immune system. 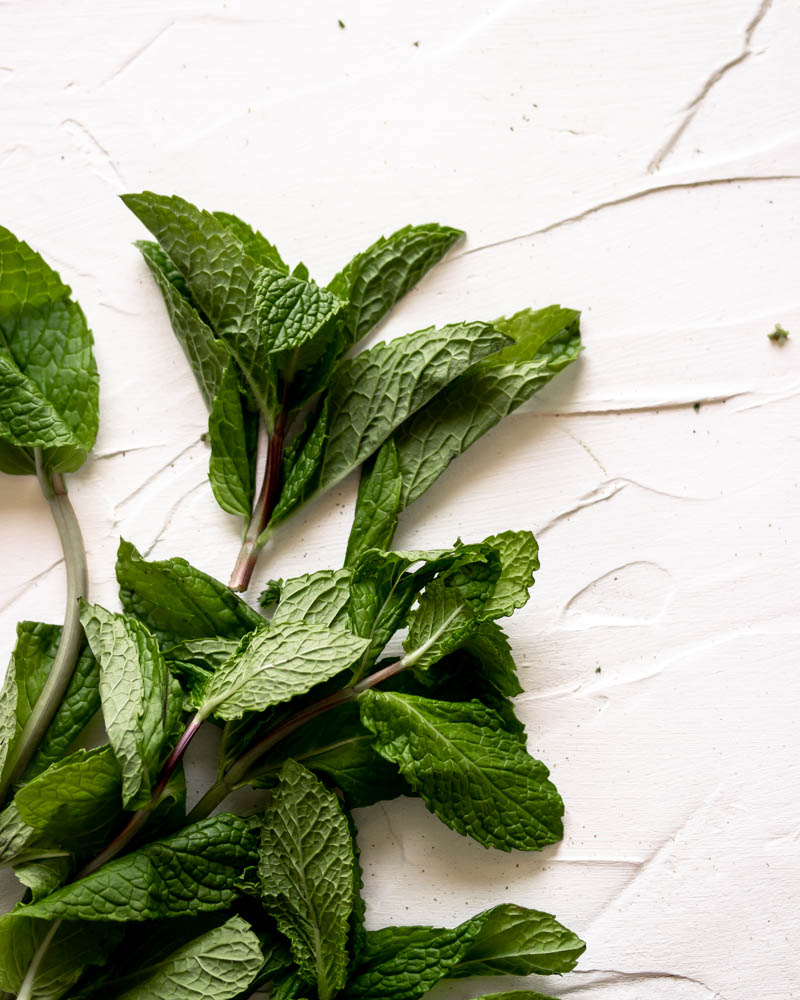 Mint has been known for centuries as a calming medicinal herb. Both peppermint and spearmint contain menthol oils that boast benefits such as calming the stomach, inhibiting bacterial growth, and clearing head and sinus congestion.

This multitasking herb is best used fresh because the dried mint leaves lose some of their potency. Try fresh mint in sauces, smoothies, or steeped in boiling water for a soothing post-meal tea. 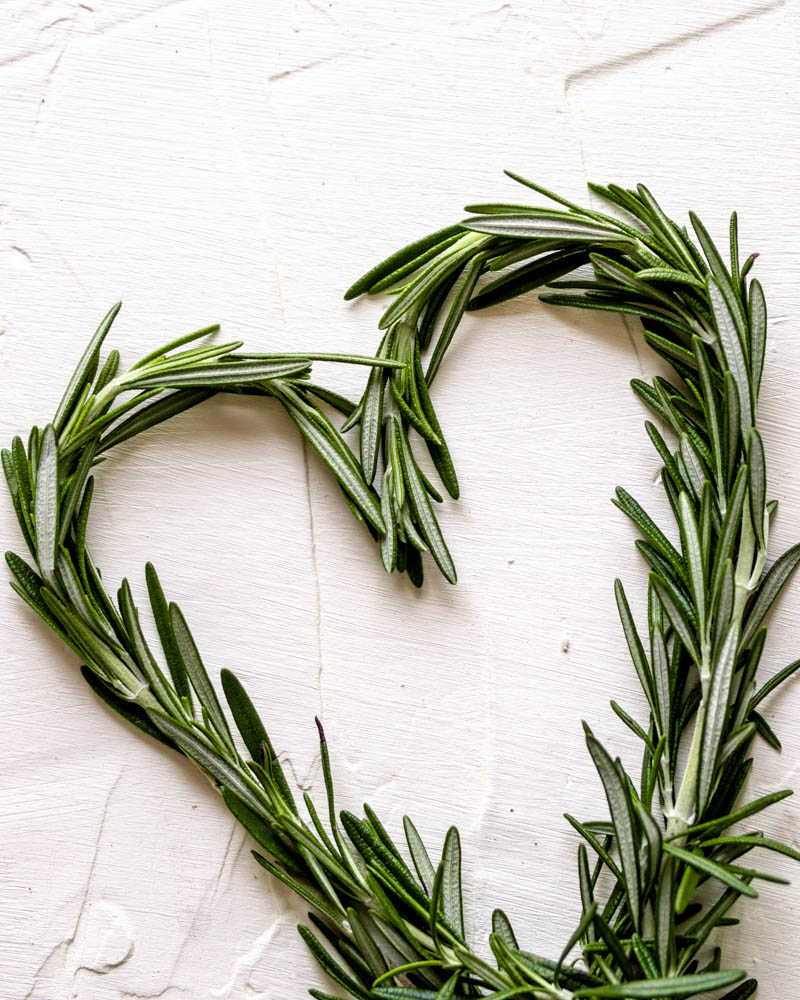 Historically, rosemary has been utilized as a mental stimulant and a memory booster because of its levels of carnosic acid, a compound that may fight off free radical damage in the brain. Researchers have also found that the unique aroma of rosemary can boost concentration and may even lift your mood.

Experiment with the ground leaves in rubs and seasonings or add sprigs to roasted vegetables or meats! 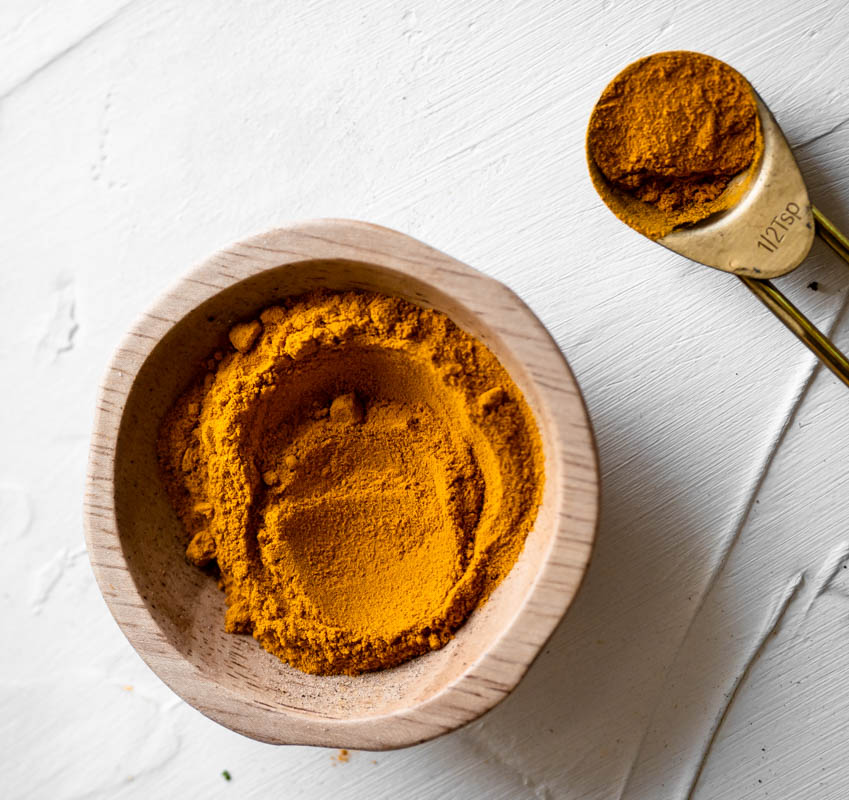 There’s a reason Tumeric is one of the hottest new trends in health!

The golden-hued spice contains a potent anti-inflammatory compound called curcumin. Curcumin can be used in treating a whole host of health concerns including chronic inflammation and arthritis, as well as lowering LDL (bad) cholesterol.

Try adding turmeric to stir-fry vegetables, smoothies, or making your own curry blend!

No matter your culinary skill level, it’s easy to add these nutrient-dense herbs and spices to your daily regimen so stock your pantry and get cookin’! We hope you love these interesting health facts and recipes from SoFabFood Home Chef, Liz from Inspector Gorgeous, as much as we do. For daily recipe inspiration, subscribe to our newsletter, like us on Facebook, and follow us on Pinterest. Enjoy!

5 Easy Ways to Cut Sugar From Your Diet

Hi, I'm Liz and the gal behind the Inspector Gorgeous Blog! I love taking the *less healthy* things in my life and transforming them into healthy-ish! For me, that's keeping things mostly plant-based, low in sugar, high in flavor and obviously if we can make it look GORGEOUS...that too.