Warm up and relax deliciously before bedtime with a big cup of this Orange + Lavender Night Time Tea! Soothing to the mind and body as well as the palate, this drink is simple to make at home. 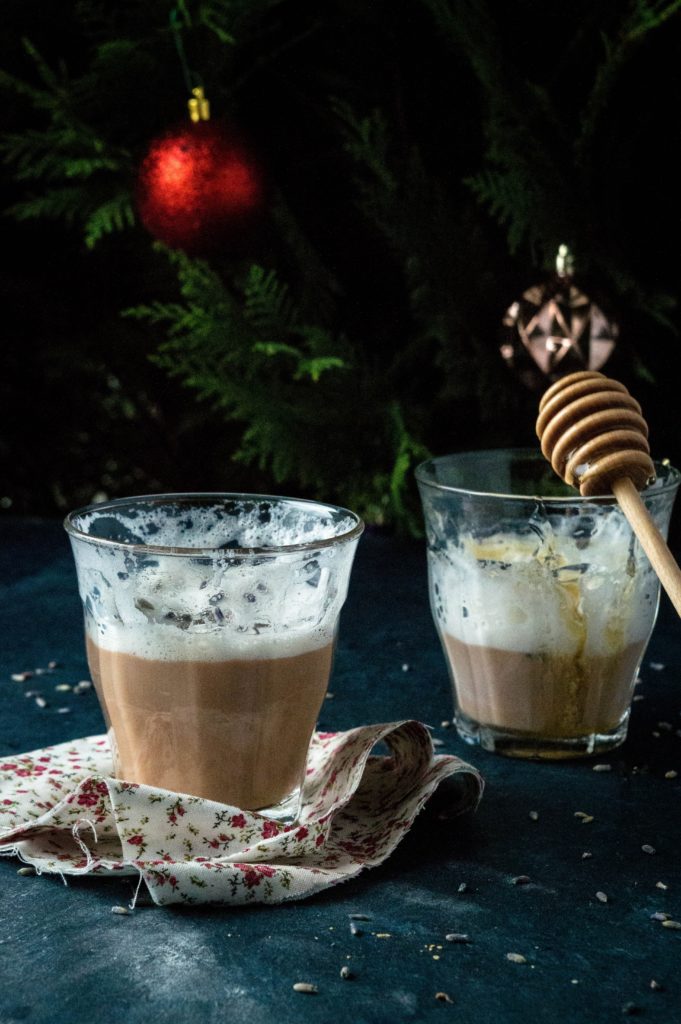 Whoops…I took a big sip of this Orange Blossom + Lavender Night Time Tea before taking a photograph. It was way too delicious to wait. It’s no secret that lavender has an incredibly soothing aroma and taste, and in a steaming hot cup of tea, it’s absolutely divine! Paired with Orange Blossom Water, the flavor of this drink is unlike anything else you’ve ever tasted. To release the flavor of the lavender buds even more, roll the buds between your fingers before adding to the milk.

Here’s a tip before you set out to make this: You’ll want a milk frother if you want the foam. You’ll use it all the time once you get it. They’re relatively inexpensive with a cost around $15-$20. It’s a great way to have a foaming latte at home! A quick tip, though, drink the tea as soon as you spoon the infused froth on top because the froth will subside the longer you leave it out. This isn’t a make-ahead recipe! 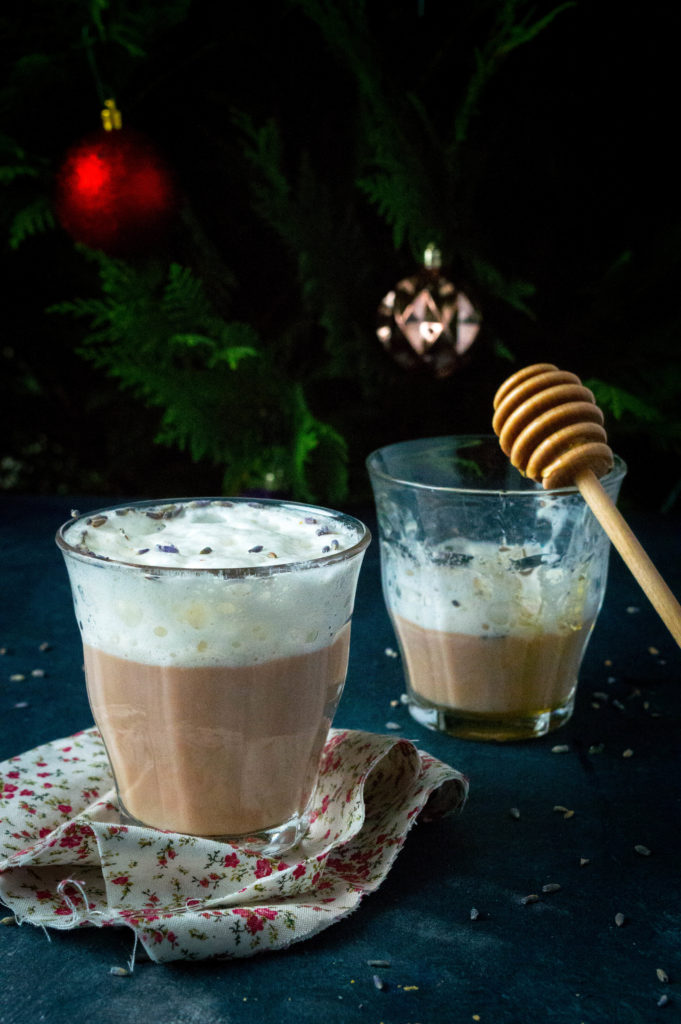 To make this recipe vegan, just substitute the milk for cashew or vanilla almond milk if you’re feeling fancy, and sub maple syrup for honey.

Personally, I love using Earl Grey Tea, but I’ve also made this with Mandarin Honey Tea for an extra citrus boost! 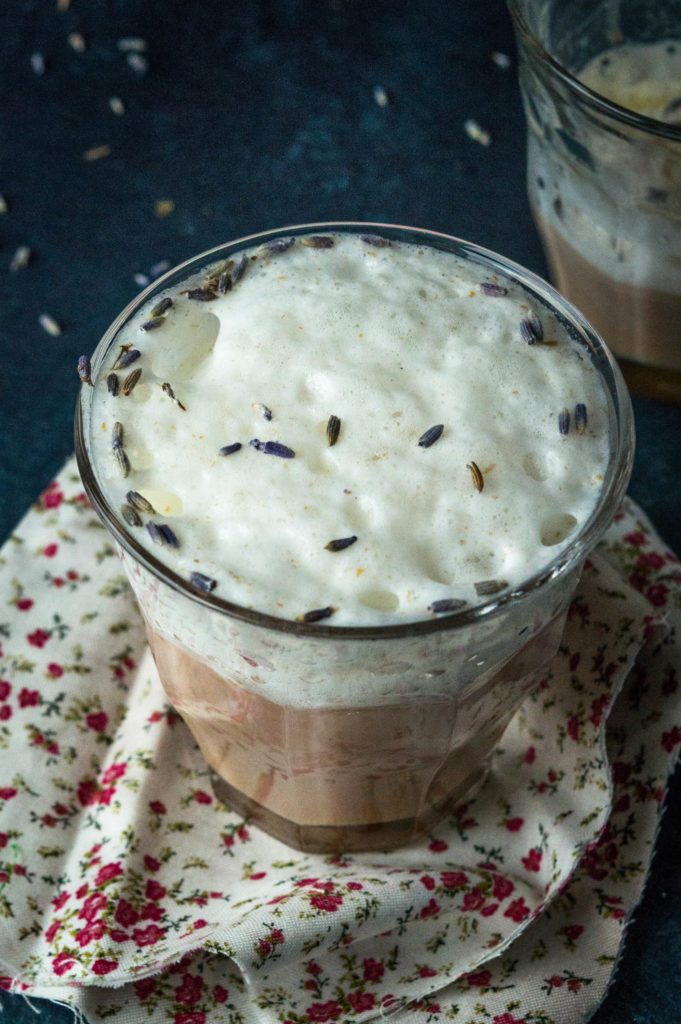 Culinary lavender is an amazing tool for creating sweet, aromatic drinks and for baking (shortbread with lavender is incredible)! Although you probably won’t be able to find it at every single grocery store, you can buy a small pouch of culinary lavender (which will last you quite a while) at any organic food or specialty food store. As an added bonus, did you know, lavender is a great source of iron?

There’s also a reason that there are so many products on the market that cater to lavender scent and taste for night time. Research has shown that it has a calming aid that relaxes you anytime you smell or ingest it. Drinking this during the day won’t make you sleepy – it’ll just relax you during a stressful day! 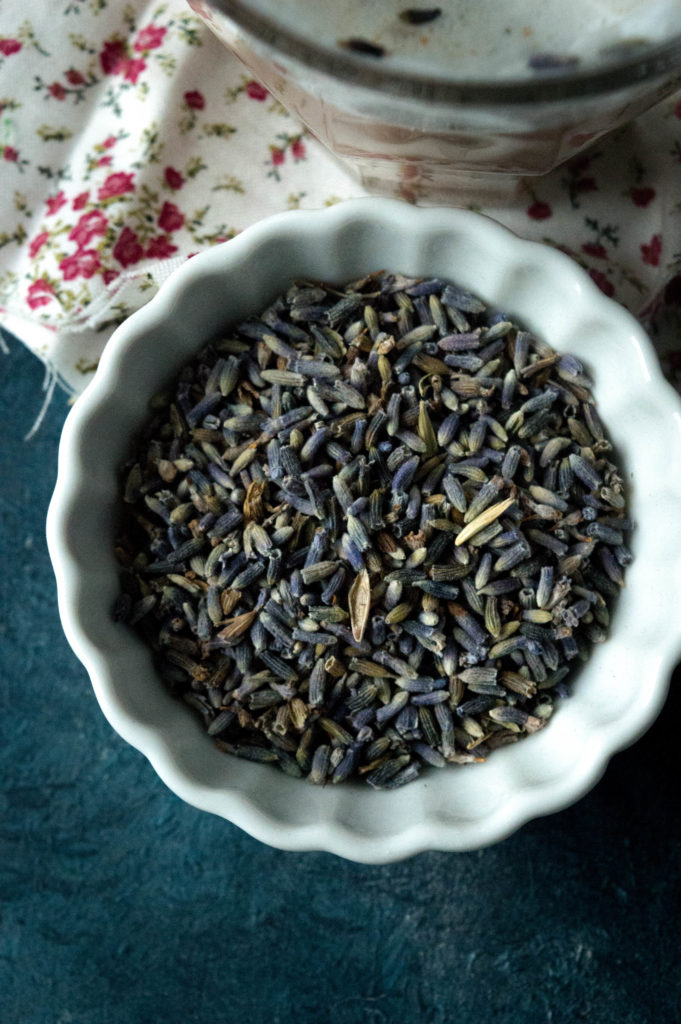 Home Chef Tip: If you don't have a milk frother, get out a small blender (something you'd make smoothies in) and give the lavender-infused milk a good pulsing for at least 3 minutes. While it won't be as foamy, you'll still get a nice layer of lavender froth on top of your tea!

We hope you love this Orange Blossom + Lavender Night Time Tea recipe from SoFabFood Home Chef, Ritika from R&M Cooks, as much as we do. If you enjoyed this recipe, be sure to stop by our Drinks Section to find more like it. For daily recipe inspiration, like us on Facebook and follow us on Pinterest. Enjoy!

Ritika is a food writer for R&M Cooks (est. 2016), food stylist & photographer, and a cookbook author. Her cookbook "Coconut Oil: 65 Recipes for Cooking Clean" will be hitting book stores in December 2017.