Vegan baking might seem intimidating, but it’s actually quite simple. Whether you are adapting a vegan diet or looking for egg substitutes or dairy alternatives, these vegan baking substitutions will turn you into a plant-based baker in no time! 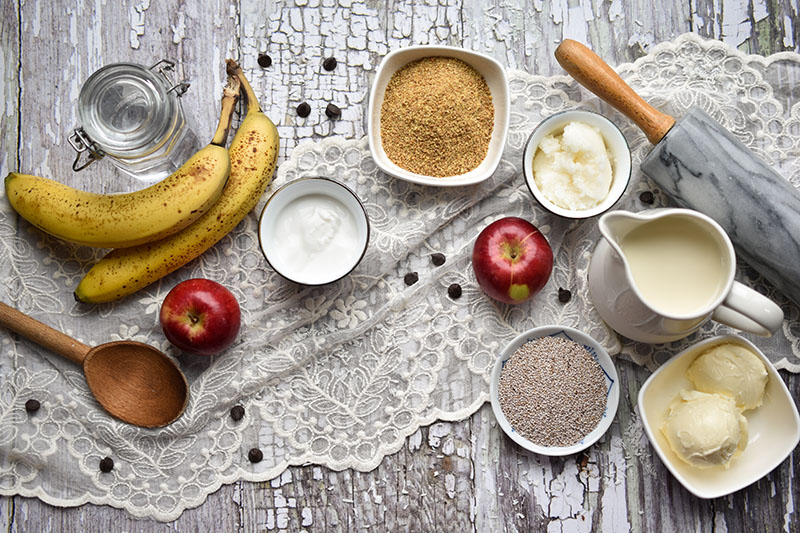 I have enjoyed baking ever since my high school home economics class when the teacher taught us to run a knife flat across the top of a measuring cup to get the perfect amount of flour. It’s been a few years (ahem) since that first introduction to “professional” baking, but I still love to make a warm, fresh scone or a delectable date square. Nowadays all my baked goods are vegan and I like nothing more than “veganizing” my grandmother’s buttery baked goods. Take these Glazed Banana Walnut Scones for example. 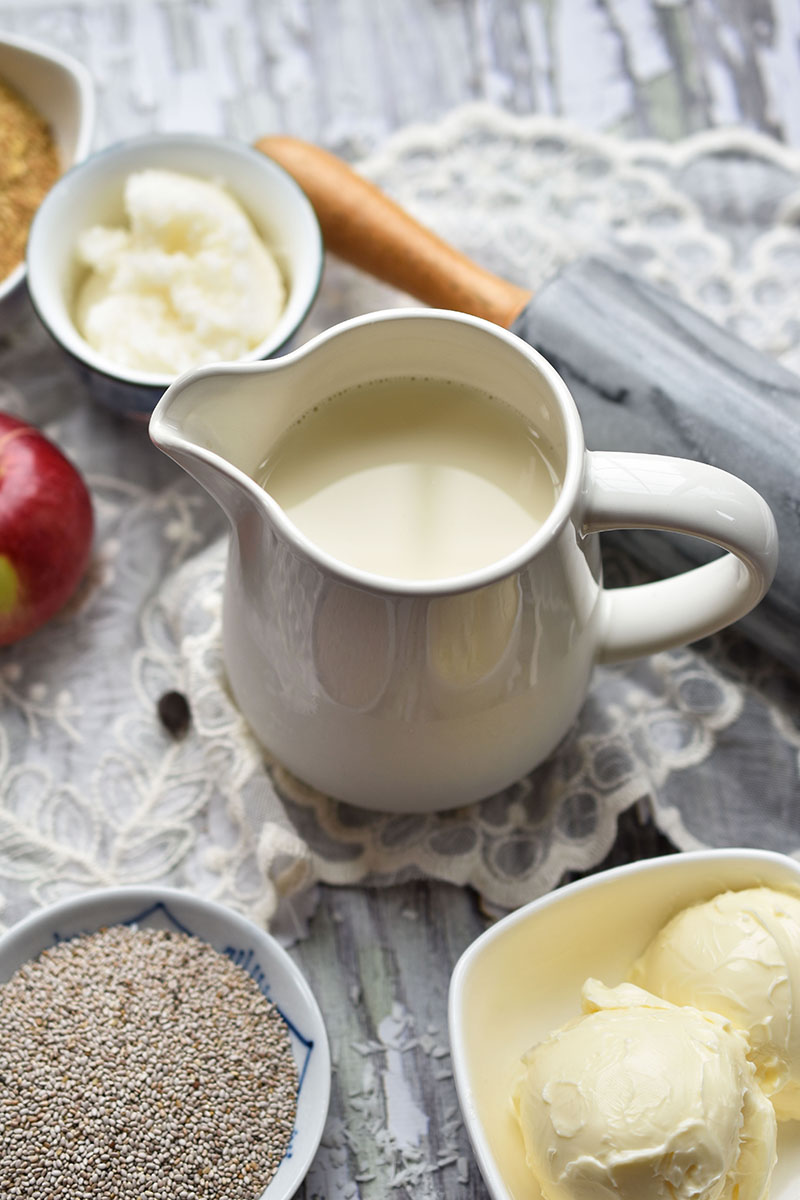 Swapping out dairy-based milk in your vegan recipes could not be easier. Simply use your favorite non-dairy milk substitute. I use soy milk most often because I think it has a full flavor and a creamy texture. You might prefer almond, oat, coconut, or rice beverages. Fortunately there are several non-dairy options in most supermarkets these days.

If a recipe calls for buttermilk, simply add one tablespoon of white vinegar or apple cider vinegar to each cup of non-dairy milk. Let it sit for a few minutes to “curdle”.

You can now buy pre-made vegan sweetened condensed milk to use in your holiday baking. If you can’t find it in the grocery store, there are many recipes online to make your own vegan condensed milk.

Butter (or margarine containing dairy) can be replaced 1:1 with vegan margarine (check the label because most margarine contains dairy). Coconut oil is another great option because it’s solid at room temperature. If you’re worried about adding a coconut taste to your baked goods, choose refined coconut oil which has a more neutral flavor. If a recipe calls for melted butter, try substituting with vegetable oil. 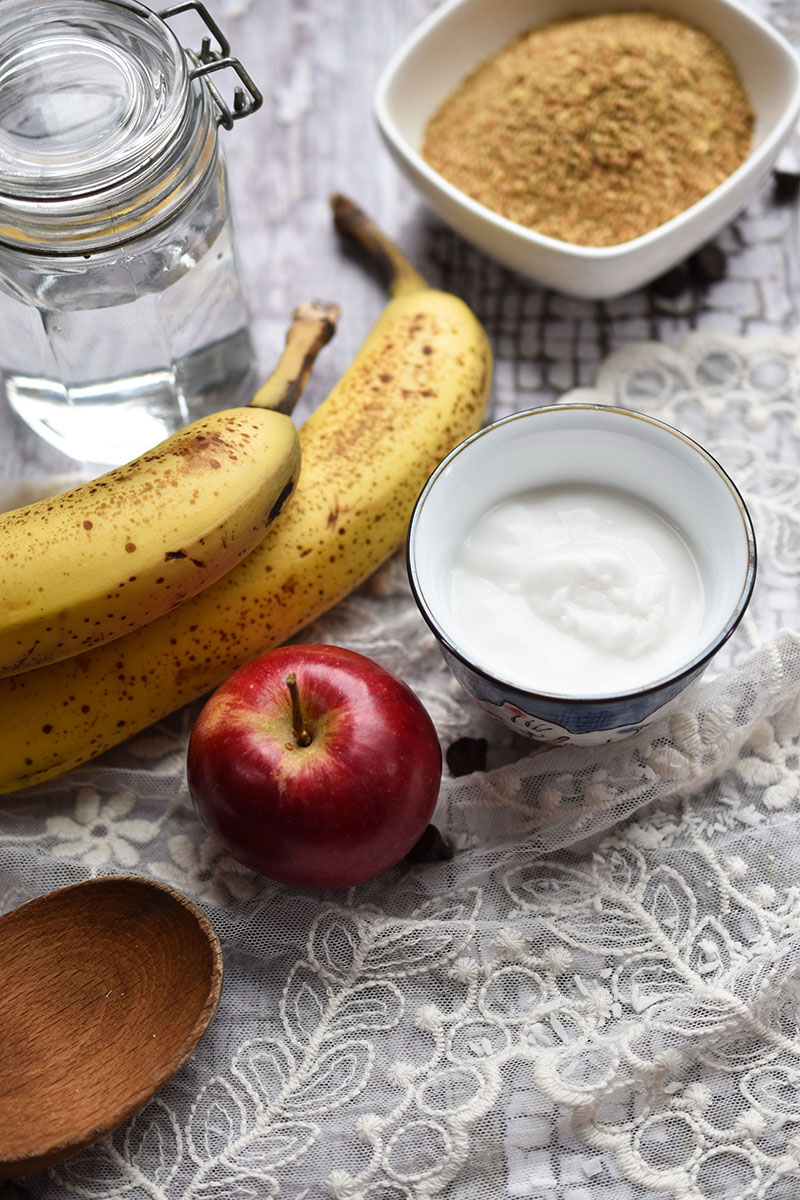 Dairy-free yogurt, cream cheese, and sour cream substitutes are available at well-stocked grocery stores and health food stores. Coconut yogurt is my favorite yogurt variety, but there are also soy, almond, and cashew versions. Look for unflavored, unsweetened versions to use in place of dairy yogurt in baked goods.

If your local stores don’t carry much in the way of vegan substitutes, you can make your own coconut yogurt using coconut milk and probiotics. You can also make sour cream and cream cheese using cashew as a base. Believe it or not, there are many recipes for “cheesecakes” that use a cashew or tofu base. (Yes they taste great too!)

Swap out whipped cream for a whipped coconut cream. It’s easy to do! Place a can of full-fat coconut milk in the fridge for 24 hours. Open the can without shaking or otherwise disturbing the contents. Scoop the thick coconut cream from the top of the can into a bowl, leaving behind the coconut water. Use an electric mixer to beat the coconut cream together with powdered sugar and vanilla to taste. 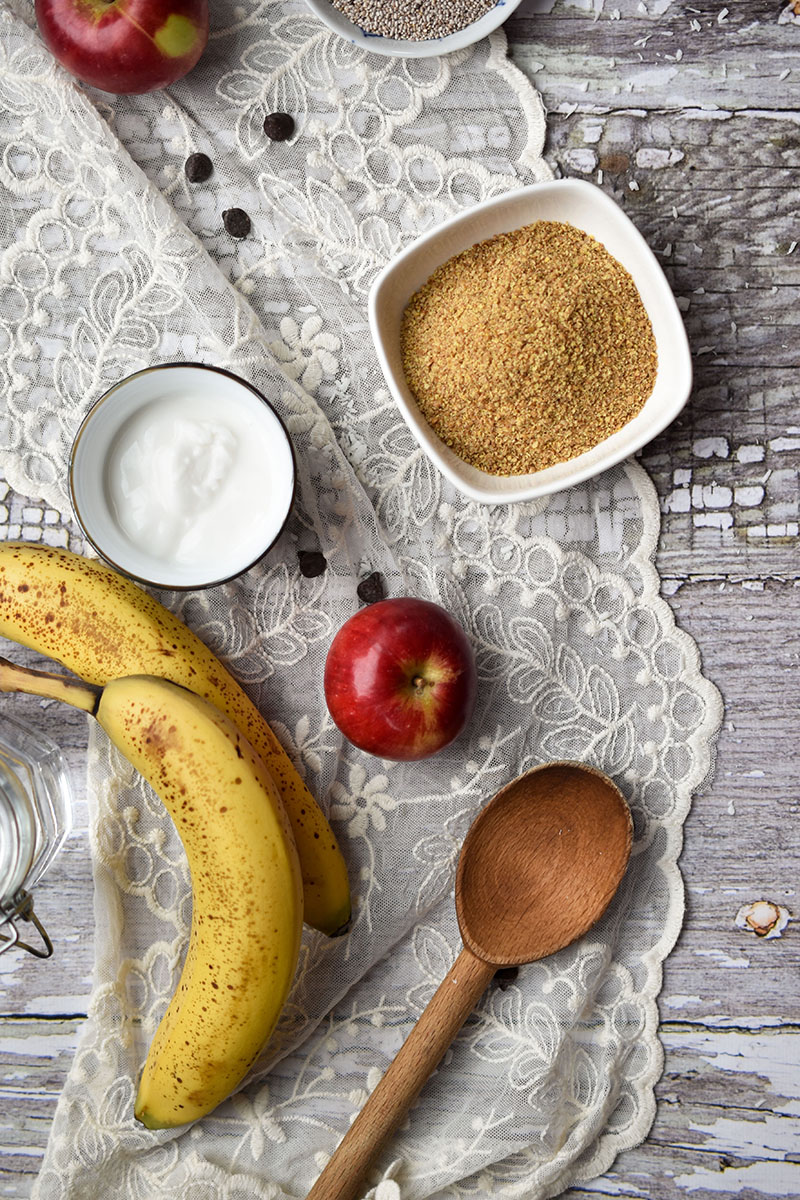 There are many different ways to swap out eggs in your plant-based baked goods. For convenience,  you can keep a commercial powdered egg replacer in your cupboard. The packaging will instruct you as to how much water to add, depending on whether you replace a whole egg, several eggs, or an egg white. If store-bought replacements aren’t your thing, you can replace eggs in baking with applesauce, mashed ripe banana, or blended soft tofu. Use one tablespoon applesauce, one ripe banana, or 1/4 cup soft tofu in place of one egg. My favorite vegan substitute for eggs is a flax “egg” – stir together one tablespoon ground flax seeds with three tablespoons of water and let sit for 10 minutes or so until the mixture thickens. Similarly, you can make a chia “egg” – combine one tablespoon of chia seeds with three tablespoons of water and let sit for a few minutes until the mixture gels.

First of all, regular white sugar is sometimes vegan anyway. Whether it’s healthy is a whole other discussion. Why wouldn’t sugar be vegan? To make a long story short, some sugars are processed with bone char from animals. The bone char doesn’t remain in the sugar, but the sugar does come in contact with it during the whitening process. Powdered sugar is milled, granulated sugar, so same deal. Brown sugar is white sugar with molasses added. If this is a concern for you, contact the sugar manufacturer to determine if a sugar is vegan or not. Other sugars to use in place of regular white sugar include organic cane sugar, date sugar, maple sugar, beet sugar, stevia, and coconut sugar.

Honey is not considered vegan because it exploits the work of bees and diverts their food source to humans. If that’s an issue for you, fortunately it’s easy to replace honey with another liquid sweetener like agave nectar, maple syrup, and brown rice syrup. I use maple syrup most often. I’m Canadian, after all.

My favorite “never fail” vegan banana muffins use several of these vegan baking substitutions, including flax, coconut oil, and non-dairy milk. You might also like my recipe for quick vegan cinnamon raisin soda bread which calls for a non-dairy “buttermilk.”

5 Easy Ways to Cut Sugar From Your Diet