This simple kitchen hack will show you how to make Homemade Veggie Broth with kitchen scraps. A versatile stock base that eliminates waste in the kitchen and saves you money is simpler than you think to make at home! 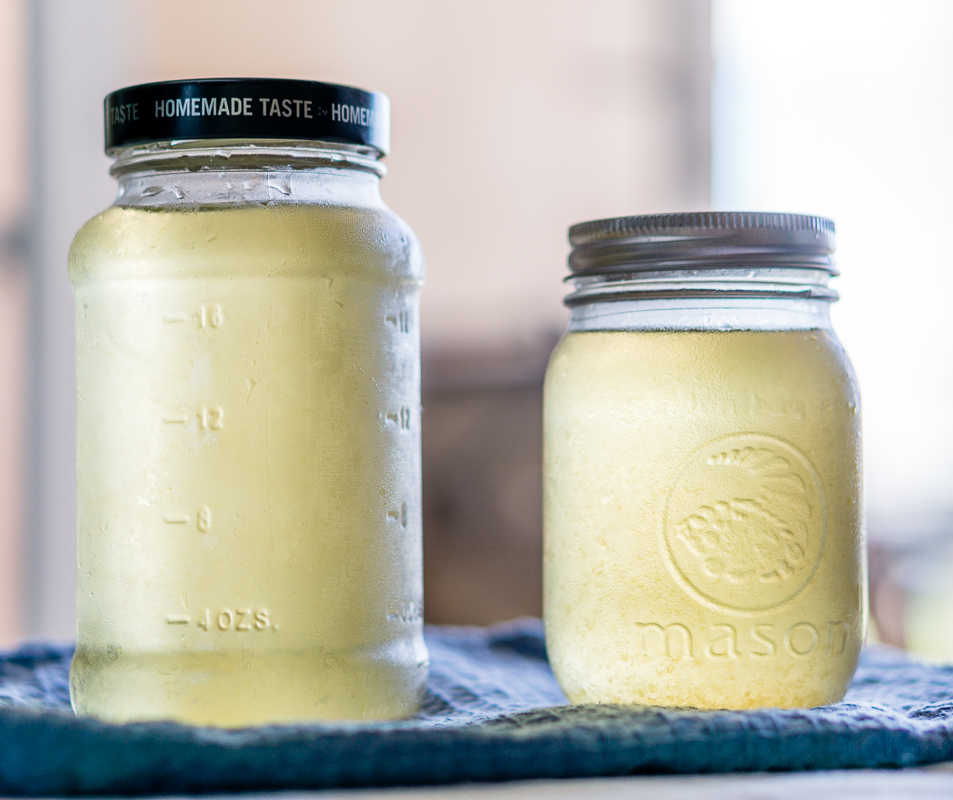 I am going to share with you an amazing kitchen hack for making Homemade Veggie Broth. You see, I’ve been making my own broth for years and only recently I thought of using this trick to make it so much easier. Since then, I’ve been a broth making machine, and I am kicking myself for not thinking of this trick earlier.

I make my own veggie broth all the time and use it in all kinds of recipes. Broth is a must-have for flavorful soups, but it can also be used to cook pasta, rice, quinoa, barley, etc. Veggie broth adds extra flavor to so many dishes, and since it is so easy to make with my kitchen hack, I use it in everything!

What’s the big secret to this kitchen hack?

You see, my brilliant kitchen idea is to use a colander to hold all the veggie scraps to make the broth, so that you can easily lift the colander out of the pot and strain the veggie broth.

Let me walk you through the simple process.

First, grab the biggest stainless steel colander and biggest pot you have. This is obvious, but make sure the colander fits in the pot! 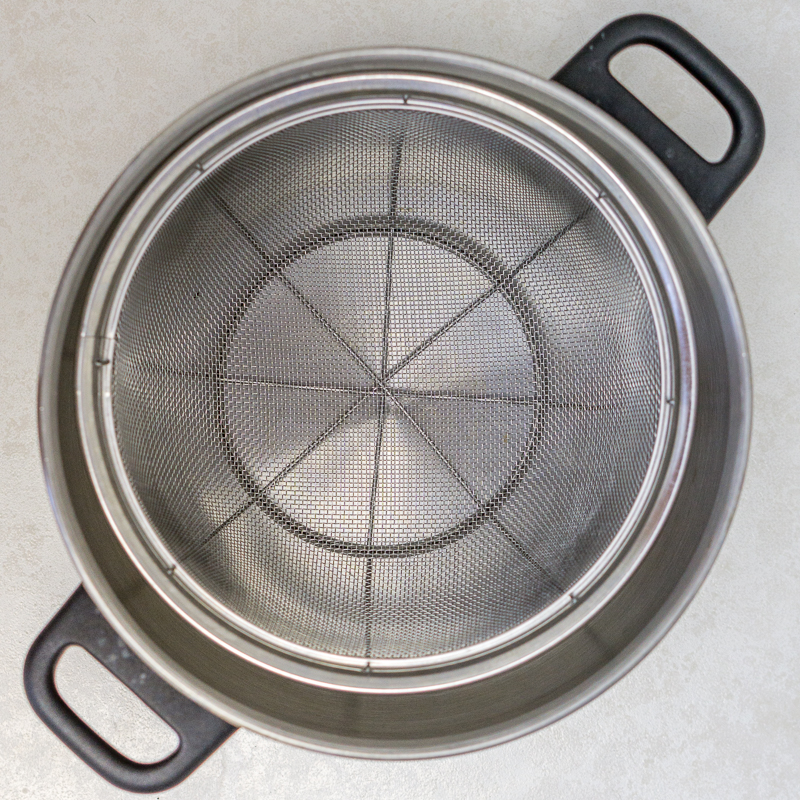 Next, load the colander with all your veggie scraps. 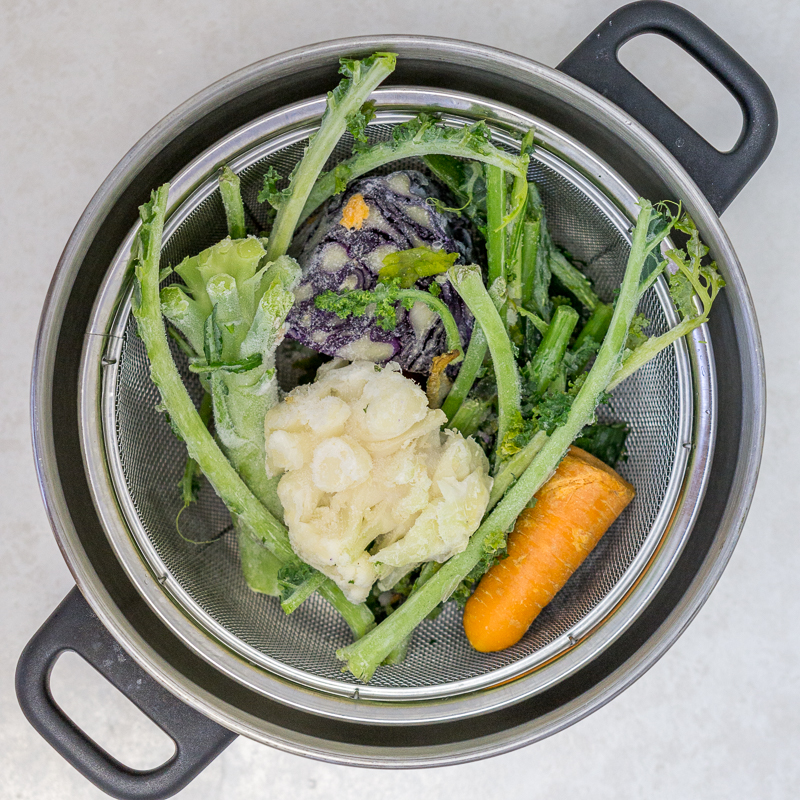 Add 8-10 cups of water. Season with salt and pepper if you’d like. 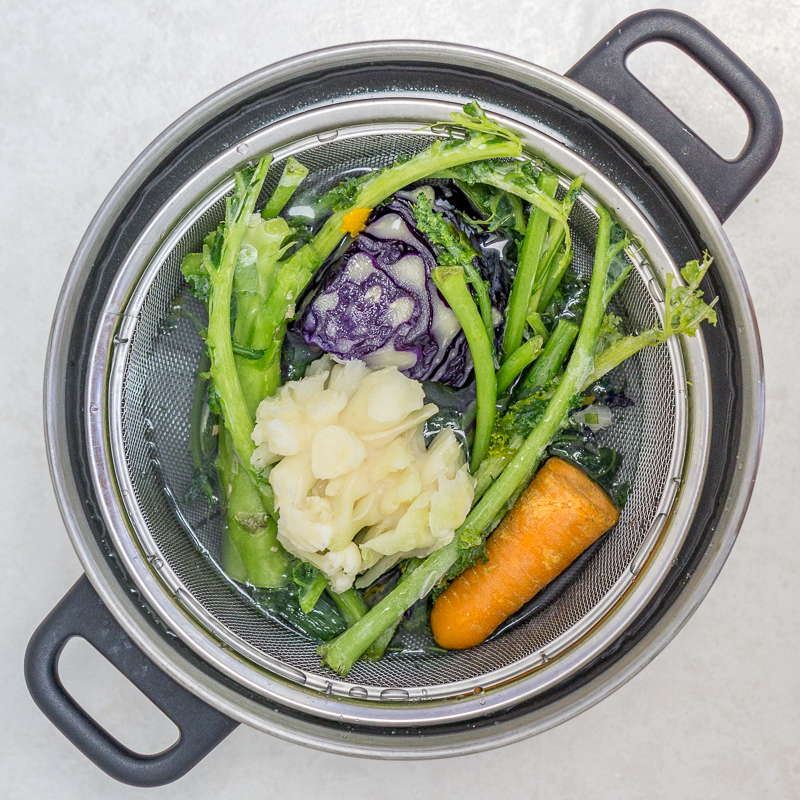 Bring to a boil, then reduce the heat and simmer for 30-40 minutes. Remove from heat and allow to cool. Once it is cool to the touch, simply lift the colander out of the pot and throw out the scraps. Voila! You are left with beautiful, flavorful veggie broth in the pot. 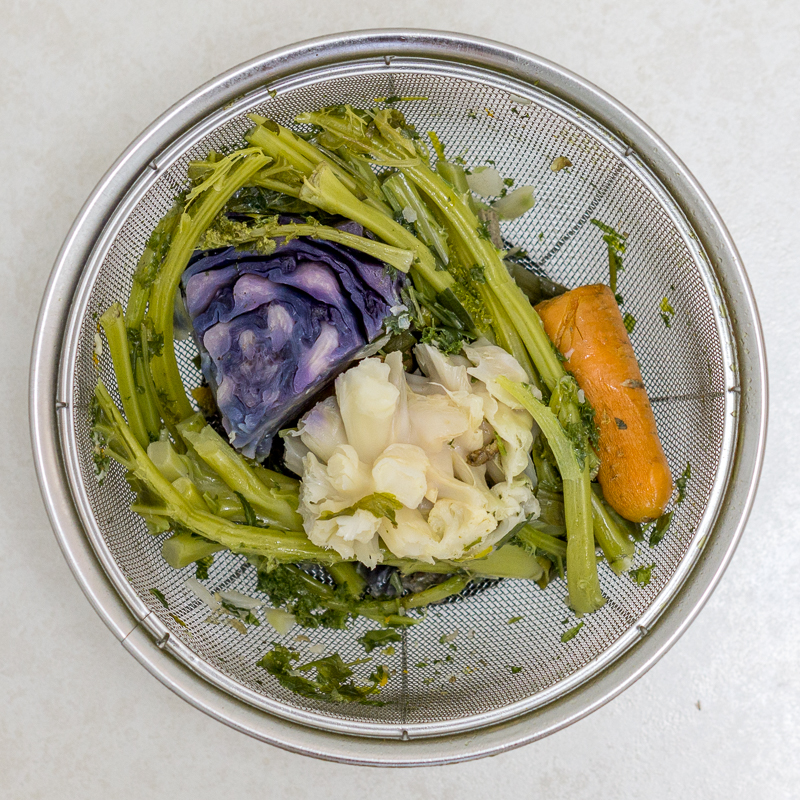 How can I store my homemade veggie broth?

Carefully pour the broth into jars and store in the fridge if you are planning on using it within a few days. If you would like to store it for longer, pour it into a plastic container, cover with a lid, and freeze. Make sure you leave some room at the top for the broth to expand as it freezes! Never freeze broth in glass jars – the jars will crack and you will have a big mess on your hands.

What should I put in my veggie broth and how does this save me money?

Let’s talk about the veggie scraps that go into this delicious veggie broth because that’s a money-saving kitchen hack in itself. I save my scraps in a gallon-sized freezer bag as I cook, and make a batch of broth whenever the bag gets full. Here are the things I personally throw into the veggie scrap bag, but the list is actually limitless:

As you can see, pretty much anything works, and making your own broth is a great way to reduce waste in the kitchen. Just try to make sure that you have a few different kinds of scraps in each bag, because if you only have kale stems in one, your broth will taste like boiled kale. If you don’t have any garlic in the freezer bag and are ready to make broth, I recommend throwing in a clove of garlic – it always adds a nice depth to the flavor.

Looking for a meatier broth? Bone broth is the way to go!

If you want to make a meaty broth, add any of the following to the scrap bag:

You can make amazing bone broth using this same colander technique! Just use a colander when making your favorite bone broth recipe. 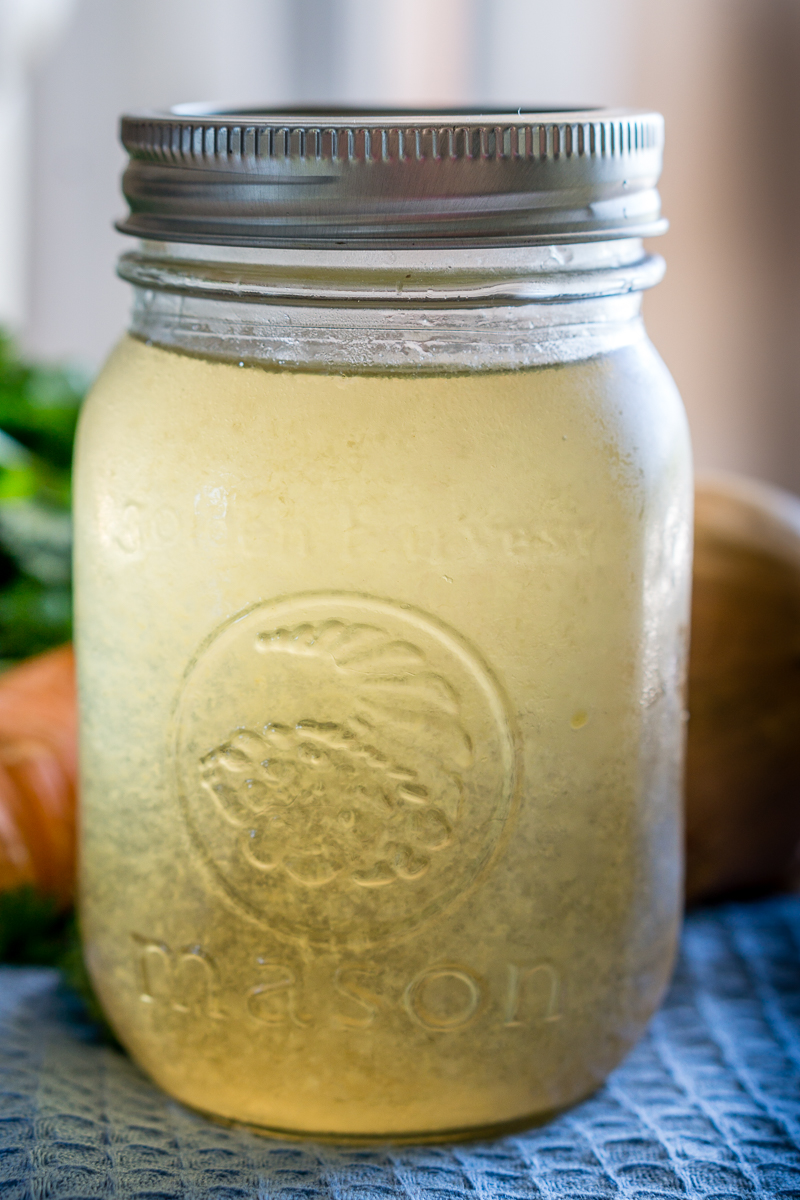 What will you make with your first batch of Veggie Broth?

Here are some great recipe suggestions:

We hope you find this Homemade Veggie Broth hack from SoFabFood Home Chef, Kate from Babaganosh helpful! For more informational posts like this, be sure to stop by our Kitchen Hacks section to help you save time and money in the kitchen. For daily recipe inspiration, subscribe to our newsletter, like us on Facebook, and follow us on Pinterest. Enjoy!

How to Store Fresh Herbs for Meal Prep

How to Make Tortilla Chips at Home

Kate is the lady behind the food blog www.babaganosh.org - cooking up simple, delicious food focused on whole ingredients, inspired by her family's Russian and Dominican cuisines.