This Apple Cinnamon French Toast Casserole is a simple recipe that’s perfect for Sunday brunch. Delicious french toast is combined with apples and spices for a breakfast dish that’s sure to impress any crowd! 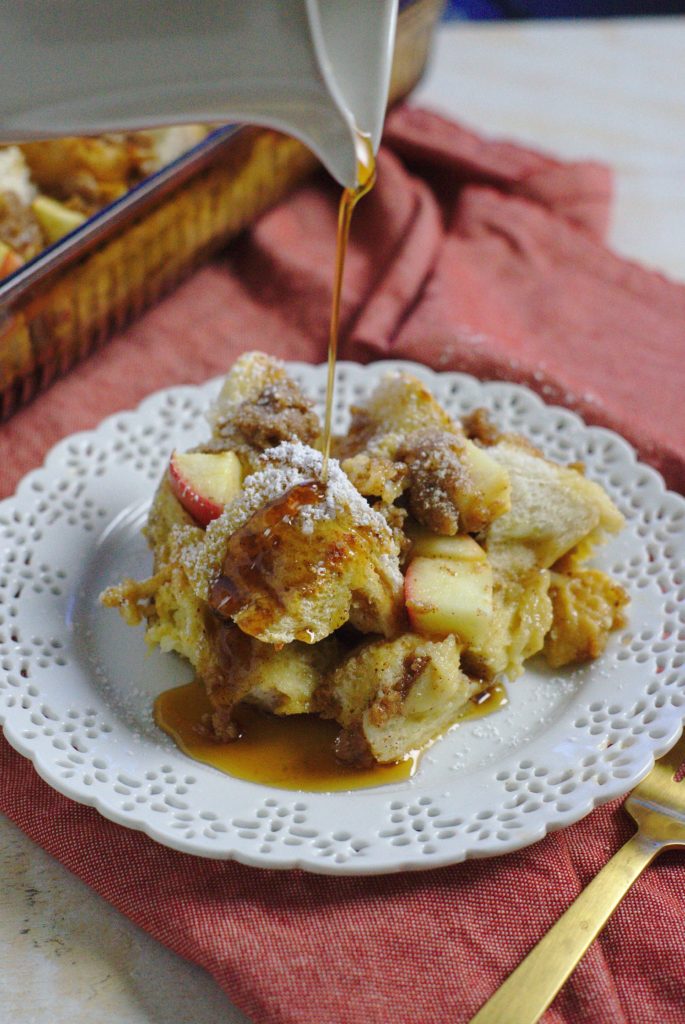 Whose ready for breakfast? During the winter months, I am all for a nice, warm breakfast to start the day. I have to trek through about two feet of snow regularly to get anywhere so having a bit of warmth in my morning makes it so much better. French toast is always a favorite at my house and we love trying to make different varieties to spice up Sunday brunch. It can be such a pain to make each slice of french toast individually so when I discovered that you could make it ahead of time and bake it right in a casserole pan, I was sold!

This apple cinnamon french toast casserole recipe is so painless to make and is a fantastic way to feed a crowd or even to just make beforehand and have breakfast set for the week! I love the little bit of crunch that the apples give the french toast and the spices work so wonderfully with the flavors. You really can’t go wrong with apple-cinnamon anything! What really makes this the perfect breakfast is just a bit of powdered sugar on top and a whole lot of maple syrup. Make sure you plan ahead when you make this simple recipe. It does need to sit overnight to soak up all of the flavors before baking. Trust me, you don’t want to skip that part because it tastes so flavorful the next day! 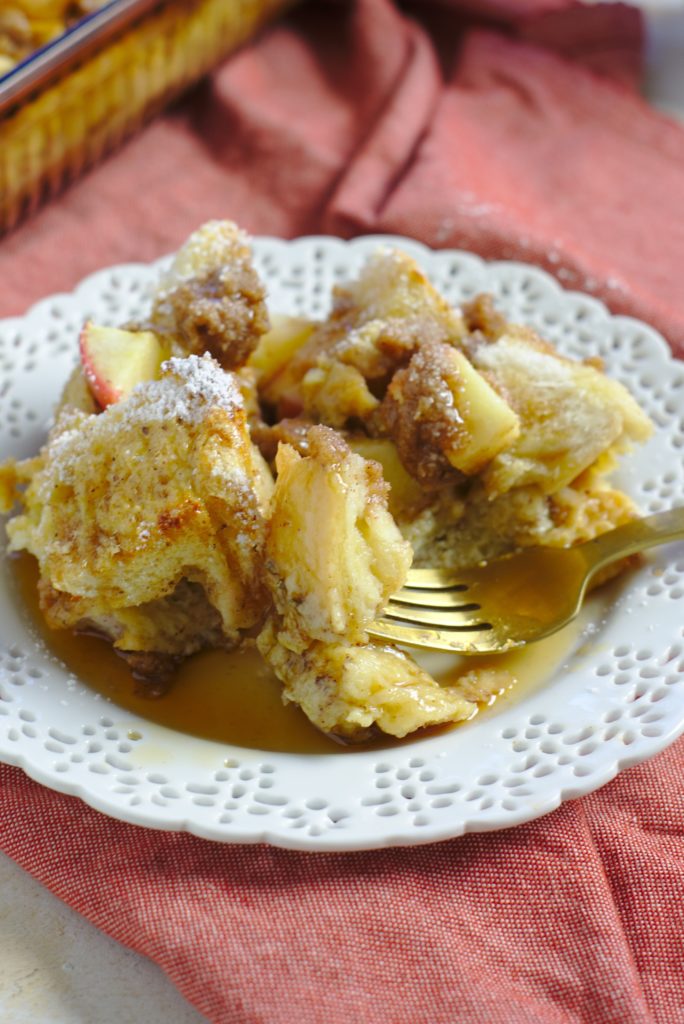 I highly suggest pairing this french toast with bacon and hash browns. The combination of the sweet apple cinnamon french toast, salty bacon, and crispy hash browns will delight everyone!

Home Chef Tip: Add 1/4 cup maple syrup to the egg mixture to give it a fun twist! 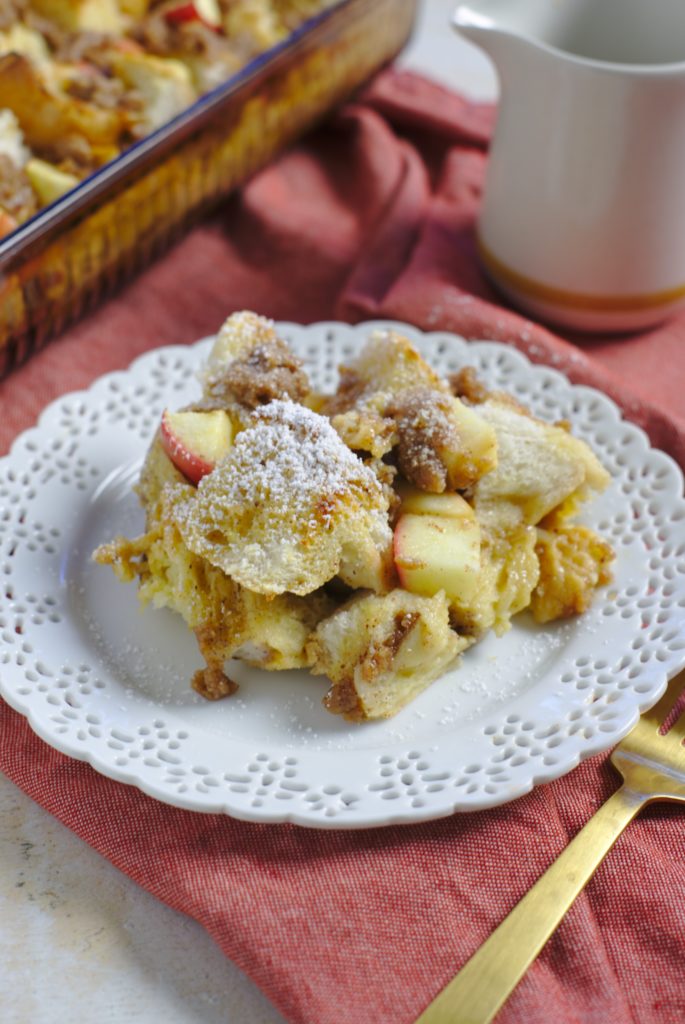 We hope you enjoy this Apple Cinnamon French Toast Casserole recipe from SoFabFood Home Chef, Madi from Mildly Meandering, as much as we do. If you love this recipe, you can find more like it by visiting our Sunday Brunch Section. For daily recipe inspiration, subscribe to our newsletter, like us on Facebook, and follow us on Pinterest. Enjoy!