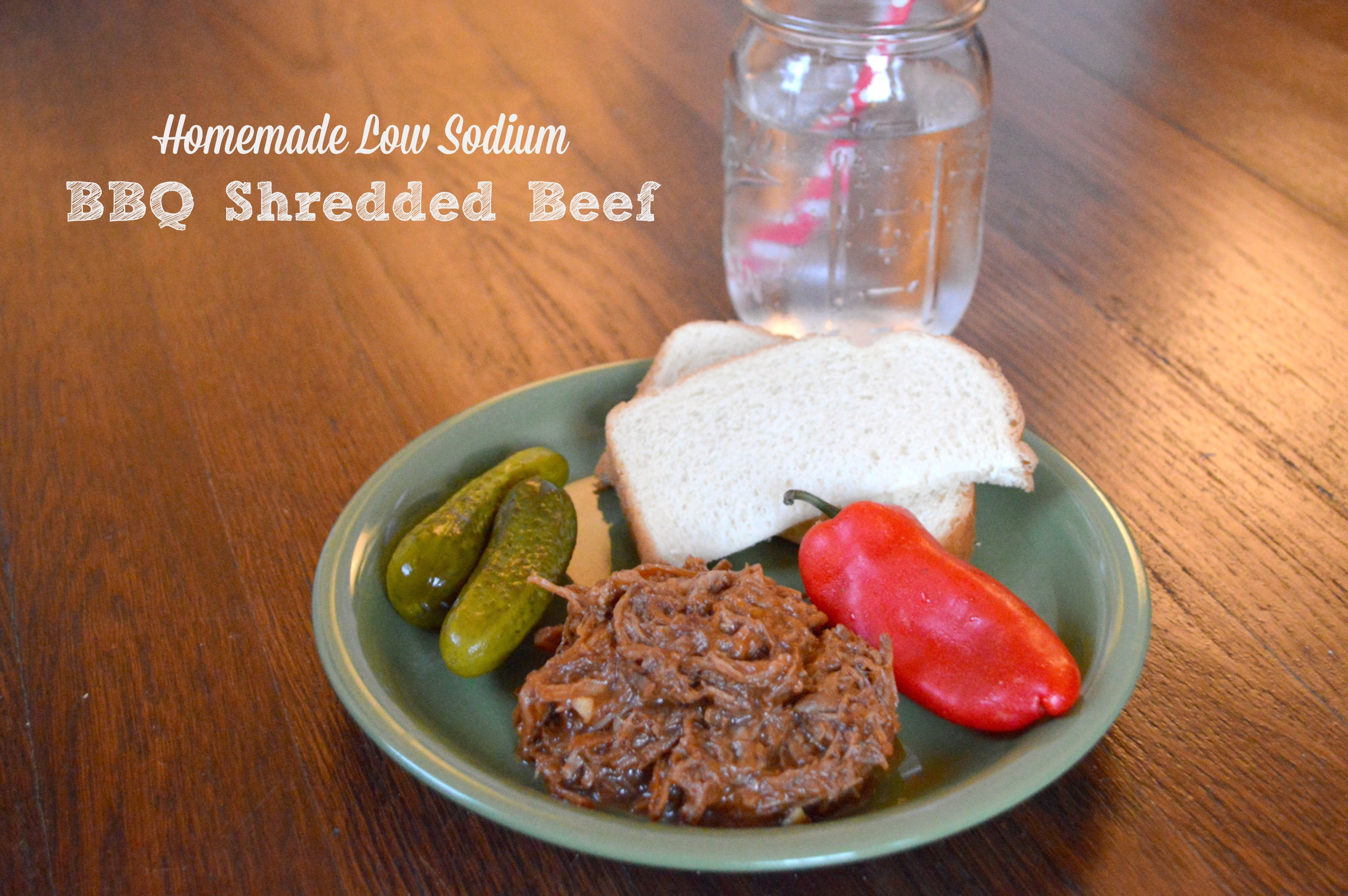 A few days ago, we shared with you a recipe for a Tender Crock Pot Brisket. If you made that recipe or any other roast for that matter, you likely have leftover beef. Although that leftover brisket is great on sandwiches as is, it’s even better if you completely kick up the flavor with a homemade low sodium BBQ sauce and turn it into a delicious meal with this Shredded BBQ Brisket recipe. This shredded BBQ brisket is great by itself, on sandwiches, and it’s even delicious on a piping hot baked potato. Since the meat is already cooked, it’s super simple to whip up a batch of low sodium BBQ sauce and serve this meal up in a snap. 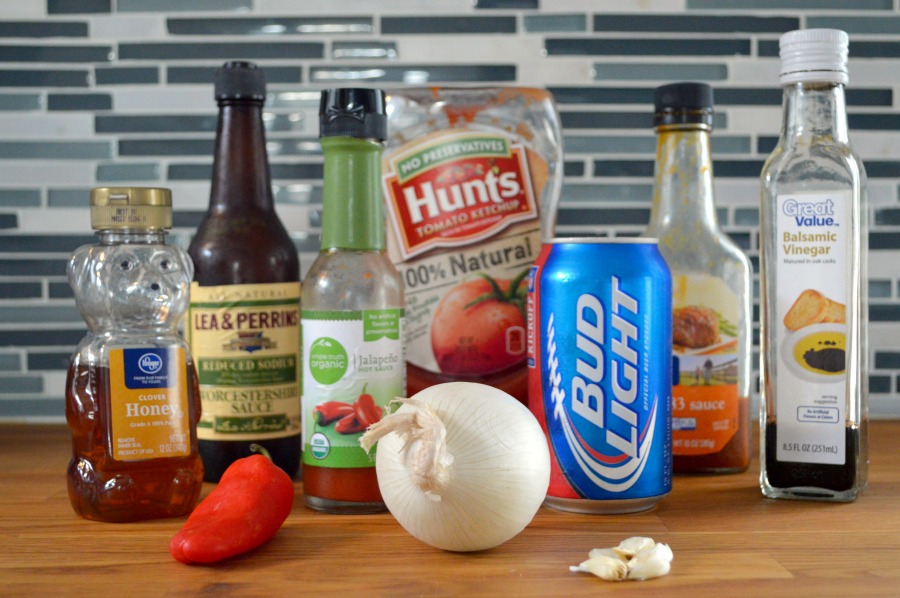 The secret’s in the sauce! You can have a great cut of beef, but if the sauce isn’t the perfect mix of sweet and tangy, the meal just isn’t as delicious as it can and should be. Once you try this low sodium BBQ sauce, you’ll never want to use any other again.

While your sauce is simmering, pull out your leftover brisket or roast, shred the meat, and place it in a deep frying pan on the stove top. Pour the desired amount of homemade low sodium BBQ sauce into your meat and simmer on low to medium heat for 30 minutes to an hour. The longer the meat simmers in the sauce, the more the beef absorbs the flavors of the sauce. This sauce is not only great for shredded beef, it pairs beautifully with chicken and pork as well.

We hope that you’ll enjoy this homemade low sodium BBQ sauce with all of your recipes that require BBQ sauce. If you love this recipe, head over to our Low Sodium Recipe Index for many more ideas for lowering the sodium count in your diet. To get more recipe inspiration, like us on Facebook and follow our boards on Pinterest. Enjoy!

Make Your Meatballs in a Muffin Tin to Reduce Mess

Christy Gossett, managing editor of SoFabFood and creator of the healthy living blog, Insanity Is Not An Option, is a WAHM of 6 kids ranging in age from 29 to 10. She enjoys sharing her healthy recipes to help others with dietary restrictions enjoy a flavorful life while maintaining a deliciously healthy diet.