Have you ever had a Dole Whip before? Bring the magic of Disney to your outdoor entertaining space with this simple recipe for a Homemade Dole Whip. A 4-ingredient pineapple dessert everyone will love! 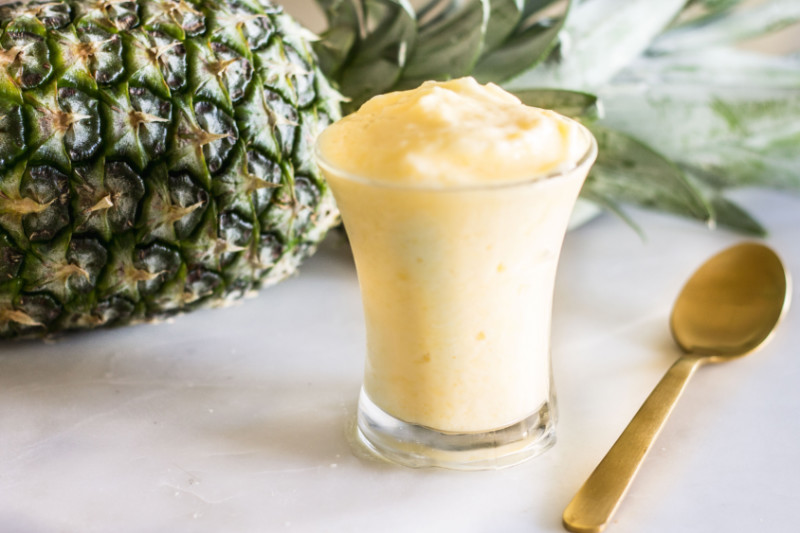 Have you ever had a Dole Whip before?

An original creation by the Dole company itself, Dole Whip beverages can only be found in a select handful of places, including the world-famous Disney theme parks. The drink has such a cult following that hungry tourists have been known to wait in line for extended periods of time just to snag one of these delicious treats.

If you’ve never had a Dole Whip, you might be wondering what all the fuss is about. These frozen treats are a creamy soft-serve dessert/drink that’s eaten with a spoon and made with pineapples. One taste of a Dole Whip and you’re sure to find it pretty irresistible.

Since the elusive drink is hard to come by, a homemade Dole Whip recipe like this is really handy. Not only is this a kid-friendly recipe that the little ones will love, but it’s a really refreshing drink to keep on hand during the warm summer months. 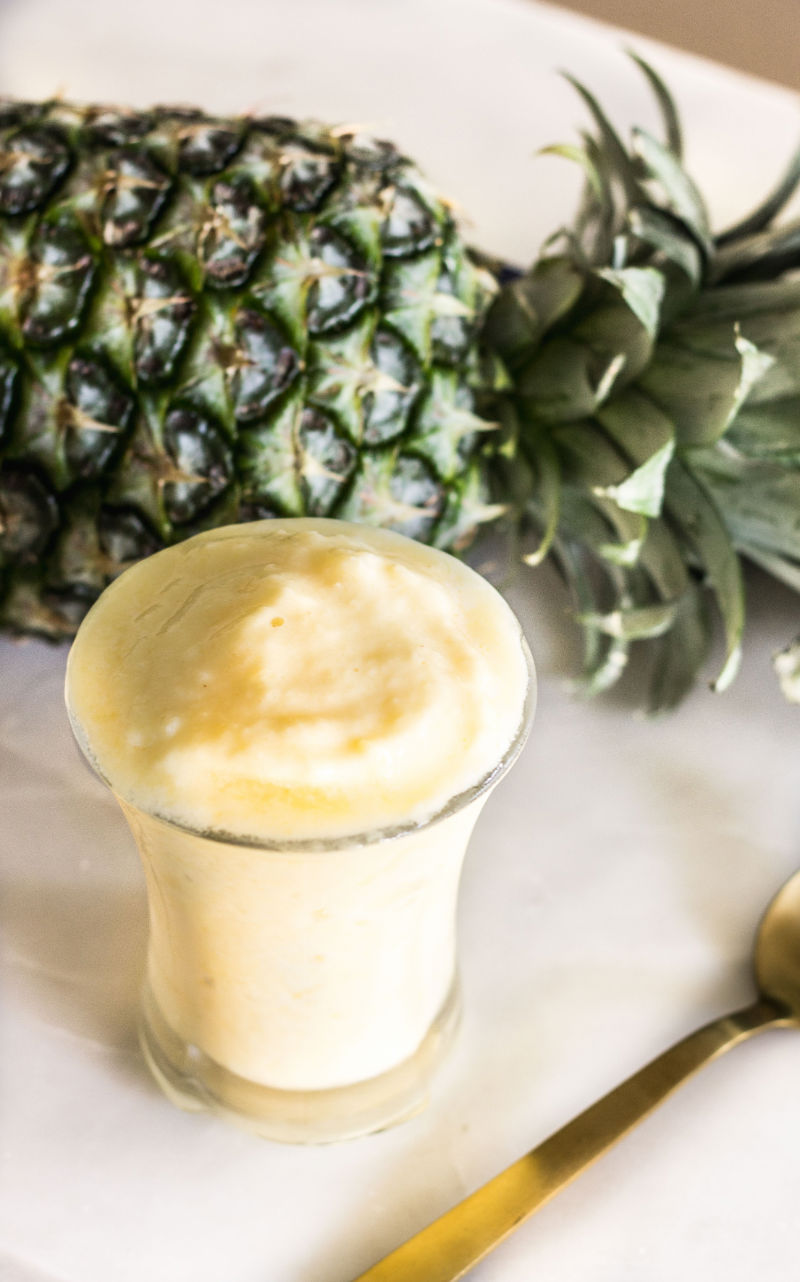 Now you can make the Disney Dole Whip at home!

Moreover, this Dole Whip recipe is super easy to make. You simply blend frozen pineapples with some milk (it can be dairy-free milk if you like), a little lemon juice, and a little sugar. Blend it up into a smooth concoction and enjoy the sweet pineapple, tangy bliss that is the iconic Disney Dole Whip.

To make this homemade Dole Whip healthier, you can use unsweetened almond milk or coconut milk instead of regular milk. You can also eliminate the sugar or use an alternative like stevia or erythritol. Just be mindful of how much alternative sweetener you add as they tend to be much sweeter than table sugar and can’t be used teaspoon for teaspoon. 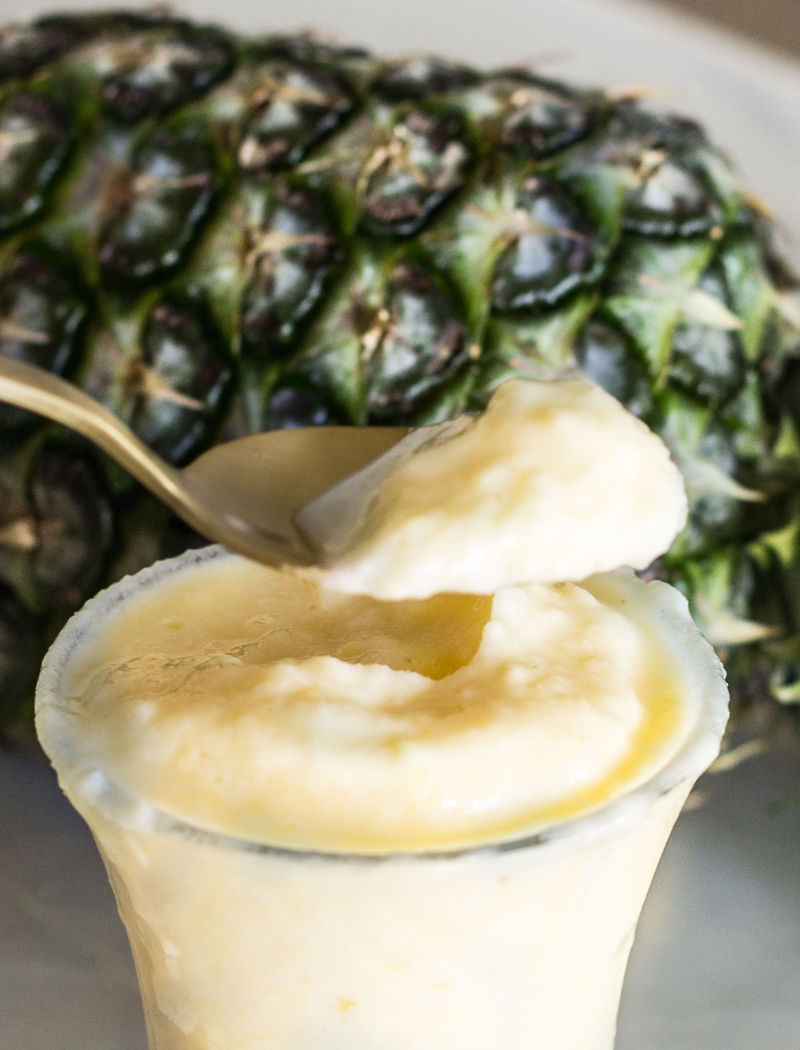 If your blender is not very high-powered, you may need a little more liquid to help smooth out your Dole Whip. If you also want to just use straws to sip on your delicious pineapple dessert rather than use a spoon, then the extra liquid will give the recipe less of a soft-serve consistency and more of a slushee consistency, as shown in the photos here.

Home Chef Tip: You can also use frozen strawberries, mangoes, or other fruits to make different flavored Dole Whips.

We hope you love this 4-Ingredient Homemade Dole Whip recipe from SoFabFood Home Chef, Beeta from Mon Petit Four, as much as we do. If you love this iconic dessert drink, be sure to stop by our drinks section to find more like it. For daily recipe inspiration, like us on Facebook and follow us on Pinterest. Enjoy!

Beeta is a culinary instructor from Southern California who specializes in French breads and pastries. When she's not hosting her online classes, she's blogging French recipes over at MonPetitFour.com.